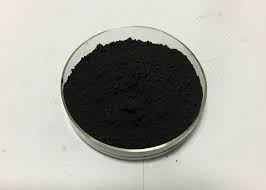 Polymers obtained from tetraethyl orthosilicate (TEOS) and triethoxymethylsilane (MTEOS) have been functionalized with different metal and metal oxide nanoparticles (NPs), and used as coatings of extractive capillaries for the extraction of polar compounds by in-tube solid-phase microextraction (IT-SPME) coupled on-line to nano-liquid chromatography (nano-LC). The extraction capabilities of the new phases have been studied using several triazinic herbicides with log of octanol/water partition coefficients (Kow) ranging from -0.7 to 3.21 under reversed phase chromatographic conditions. Best extraction efficiencies for the most polar compounds (log Kow ≤ 2.3) were typically obtained with the CuO NPs doped phase. The TEOS-MTEOS polymer can be modified with two types of NPs in order to obtain extractive phases capable of interacting with compounds of a wide range of polarities; alternatively, two capillaries each with a different type of NPs can be combined in series with the same goal. Under the later approach the limits of detection (LODs) found for the tested herbicides were 0.02–1.5 µg/L, and the precision expressed as relative standard deviation (RSD) varied from 2 to 10% (n = 3). The recoveries found in sea water samples ranged from 80 to 107%. In addition, the developed CuO NPs doped phase can be used in hydrophilic interaction chromatography (HILIC), which is the separation mode recommended for highly polar compounds. This has been illustrated using the amino acids tyrosine (log Kow = -2.26) and tryptophan (log Kow = -1.06) as model compounds, being their respective LOD 0.1 and 0.3 µg/mL. Examples of application of the developed bimodal extractive phase to different environmental and waste waters are given in order to show its utility and versatility. 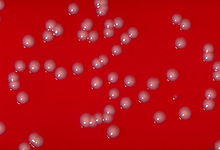